YMCA has had a presence in Romford since at least 1906, when there was a club in South Street run by a small group of Christians and local business men.  There are references in national papers suggesting that we may date back as far as the 1880s.

At first, YMCA ‘Red Triangle Clubs’ provided spiritual and educational support and developed fitness as a positive activity for young men.  With the advent of World War 1, the YMCA began providing support to the troops.  Membership in Romford had increased steadily but the club was suspended in 1915 as many young men went to fight.  The Committee continued to raise funds for the war effort and a hut and marquee were sent for use in Flanders to provide support to the troops.  Several YMCA huts were established locally in army camps, including one in Gidea Park at Hare Hall where the poet Wilfred Owen was stationed.  The YMCA also had a presence on Hornchurch Airfield providing support to servicemen.

After the conflict ended the YMCA moved to North Street, occupying what was then the old vicarage.  After the war, new programmes used ideas and equipment left over from the war, to meet the needs of a town recovering from war and later falling into a deep economic recession.  Youth work, concerts, social education and physical fitness all became a more fundamental part of the YMCA’s activities.

From 1923 the YMCA admitted females and carried out mixed sex youth work, a radical position for the time and something which was only recommended at government level as late as 1960. Women could particulate but were not accepted as full members until 1965, prior to which there was a Women’s Auxiliary.

The North Street site was eventually sold for development and the YMCA spent time on Western Road and Main Road.  During World War 2 YMCA Romford’s premises housed the headquarters of the Forces Mobile Canteen project and worked with refugees and prisoners of war.

The Association first responded to those in housing need in the 1960s, with a housing project for young men.  The YMCA has since increased its housing portfolio and as well as the main hostel has three housing projects locally.

Thomas England, a Methodist, property developer and local philanthropist was a leading player in the early days of the YMCA and generously left the Association the land on which to build its present facilities.  Work on the new building started in 1964 and was completed 1969.  The building, which cost £460,000, was opened in July 1969 by HRH the Duchess of Kent.  The 148 bed hostel was originally occupied by students and young people working locally, especially for Ford Motor Company as apprentices.

In the 1970s and 1980s we developed our fitness facilities and work began to provide children’s services with breakfast and after school care, holiday programmes and more recently a pre-school.

YMCA Romford continues to adapt to the changing needs of the community it serves.  We now aspire to the re-provision our current site to ensure we remain able to provide good quality, modern accommodation for young people to enable them to achieve independence. 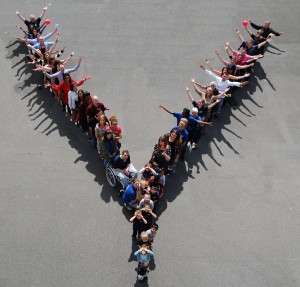 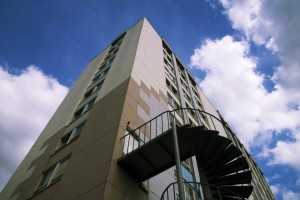 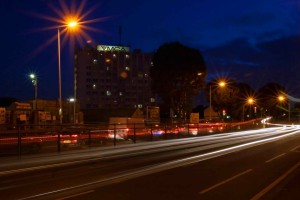